4.5/5 - (13 votes)
Powerful Prayers for Mothers on their Blessed Feast Day

O Lord, the mother is one of the most beautiful of your creatures for which we thank you, she is tenderness, giving, and sacrifice. We ask you to bless our mothers and give them continued health and wellness, and grant us to appreciate them and appreciate their sacrifices. We also ask you to have mercy on every mother who has moved to your mercy and to bless and protect her children, Amen.

O Lord God, who accepted to be incarnated and humbled and have a mother on earth for the sake of the salvation of the world, we ask you to grant mothers health, inner peace. And steadfastness to raise their children a good Christian education that befits the children of the kingdom, in order to present to society a generation enjoying all Christian virtues. And you, O Virgin Mother, bless mothers and grant them the grace to imitate your silence, loyalty, sincerity, purity, and chastity, so that they may be good mothers… Amen.

Good and compassionate God, we pray to you in gratitude for our mothers and for all the women who “theoretically” share with you the miracle of giving new life to man. You, who were made human through the Virgin Mary, give all mothers the courage they need. Give them the strength to love and be loved, give them the sincere support of husbands, families, and friends.

They need it as they take care of their children’s physical and spiritual growth. Give them joy and happiness in their children to preserve them through the trials of motherhood. Grant them above all wisdom to turn to you for help when they need it most, through the intercession of Our Mother, Mary, most tender and pure, Amen. Prayers to mothers.

Prayer to the Mother of Mothers, the Immaculate Saint Mary

And who is more deserving than you to pay attention, O mother, who gave every mother the example of motherhood and its lofty lesson? Who is more deserving of thanks to you, on this Mother’s Day, who became the mother of Jesus, and the mother of the brothers of Jesus? Your motherhood is a wellspring of love, from which the mothers of the entire universe sprang up: you accepted the word of the Creator, a fetus, young, weak, poor, accepted in your womb, but he who enriched your love returned to the richest of the rich. God has become a mother, so how can he not be the richest of the rich?

Mary is the example of every mother who loved and accepted, conceived and became pregnant, loved and gave birth, loved and raised, loved and searched for a son she lost on the day she visited Jerusalem, she loved and learned, and in her school, the son was growing in stature, wisdom, and grace.

She loved and obeyed God in what she planned in her life only once, and she accepted her love. The burning sword of pain pierces the sweetheart of the mother, she loved and accepted that her son is not her own, but is the gift of God, the word of God, and the Savior of the world.

Through you, every mother finds her most beautiful role model: through you our mother learns how to accept the gift of God in her life as a fetus, from your tenderness she learns how to protect a son she has not yet seen, because he is like Jesus in your womb, invisible, but alive.

With you, the mother learns how to raise, and how to teach, with every mother searches for a son she lost in the darkness of this world and finds him because you are near her.

Our mothers are the school of giving

She looks at the house of Nazareth, sees you near Jesus, and sees him growing in stature, wisdom, and grace, and she learns from you to serve this growth. O example of every mother, teach our mothers that the gift of God does not grow incomplete, it does not grow in stature only, it does not grow through wisdom and knowledge only, but also by the grace of God. Teach our mothers that the image of God in their children must grow, and the beauty of the soul shines in them.

The teacher mother looks at you on the evening of that wedding in Cana, you say to your son with the trust and tenderness of motherhood: “They have run out of wine of joy, so give them some of your wine,” and you say to the wedding servants: “Do what he tells you.” I knew that he had to beg, and how could he not respond to the needs of the poor, who was educated in the school of giving, the school of the mother, the school of Mary?

Teach our mothers that they are also a school of giving, in which children see the value of service and giving. Do not let our mothers forget that they are free teachers and role models for their children in standing by those in need of the wine of joy, hope, and consolation.

Do not allow our mothers to become selfish schools and turn away from the cries of others, but be the example, and make of every mother another Mary. So that every son becomes another Christ, bearing the concerns of his brothers, and participating in the salvation that your son came to make.

O Mother, who stood under the cross watching her only son die, he shared the pain, his nails pierced her, the wound of his heart was her wound, his thirst added to her pain. She looks at him dying, unable to move: how much she wished to take his pain, for her heart is the heart of a mother, and her faith is the faith of a mother.

How many mothers would you like to take the place of a son in pain or a daughter in conflict? Like you, that evening, at Golgotha, standing weeping, wounded heart and soul, sharing the pain of their hearts. Give them you, mother of hope, give them the touch of your tenderness that soothes their wounded heart. Give them the faith that taught you that the death of your son is life for others and that death will not be victorious, for after death there is the resurrection and after separation the tenderness of meeting again.

My mother, Mary, I entrust! to you my mother and every mother. Not only good mothers but all mothers: I! entrust to you every mother who refused to accept the fetus in her womb, balm you wound her memory. I entrust you with a mother who left her children, give her repentance, and give her children the grace of forgiveness. I! entrust you with mothers who lost their children on the paths of error, so be you the guide, the guide, and the intercessor.

I entrust you with a mother who refused tenderness for her children, so be the tenderness of a mother in the heart of her children, and be for her the healing intercessor. Mother Mary, I entrust you with mothers who have gone to the father’s house, they are like your mothers, carrying a mother’s sympathy, a mother’s longing, and a mother’s anxiety. Pray for them, and say to your son: They are mothers like me, so be merciful to them, for a mother’s love gives salvation. (Automatic Google Translate)

Powerful Prayers for Mothers on their Blessed Feast Day 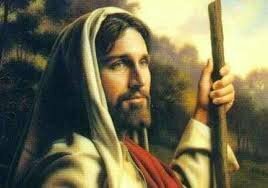 Thanksgiving Prayers to Lord Jesus for His Love and Mercy

Prayer of Repentance for Forgiveness of Sins & Return to God

Morning Prayer When Waking Up From Sleep